I am Diana Vicezar, an eighteen-year-old social entrepreneur and student from Asunción, Paraguay. I could be described as a young leader who is always willing to learn new things and make an impact through my actions. I believe that young people have all the potential to achieve the change in their communities and the world, which is why I began my journey as an entrepreneur and social activist while still in high school.

In September 2017, being only 16 years old, I created a community project called Mymba Rayhu, which seeks to improve the lives of stray dogs while raising awareness about the importance of recycling by building shelters made with recycled materials for abandoned dogs, creating awareness campaigns, and educating young people on environmental issues.

After 2 years, that community project has now become an international youth-led non-profit organization with chapters in Argentina, Brazil, Nigeria, the Philippines, Peru, Romania and Vietnam, and has impacted more than 1000 people through activities, press and media.

But...How did it all start? Why did I decide to create a project in my community? What was my motivation?

I am passionate about environmental education since I was 7 years old. I remember that instead of playing with toys, I used to read books about animals and plants, and get fascinated by how incredible the species are and the important role they play in the world. I remember myself in 2016, reading about the Global Goals for Sustainable Development, trying to find a goal about animal welfare in specific. I found the 15th goal "LIFE ON LAND", which for many years some people have considered to be committed only to protect threatened species, biodiversity and conserve ecosystems; however, after analyzing this, I realized that this goal is one more step on the road towards achieving a Universal Declaration on Animal Welfare, and when I talk about animals I mean all species, all the animals in the world.

One of the forgotten species when thinking about the 15th Global Goal is the dog. Many people do not know that there are more than a billion dogs in the world and it is estimated that there are 200 million stray dogs. These homeless animals sleep in the street, despite the cold and constant mistreatment of people. They are run over, but keep walking looking for a place to protect themselves. This is the situation that street dogs around the world live.

Alarmed by these stats, I began to read about the situation of abandoned dogs in my country, Paraguay. Unfortunately, I found out that approximately 150,000 dogs were abandoned. While researching more about this topic, I also discovered that another problem on the streets of my country was the large amount of garbage, and that only in the capital city there was an amount equivalent to 1,000 tons of waste per day. I could not believe it. I was very impressed by those statistics and that's when I realized I had to do something. After looking for many ideas with my family and friends, I decided to launch Mymba Rayhu to raise awareness about the situation of stray dogs and plastic pollution.

In Mymba Rayhu we truly believe that all dogs deserve a house; they can not survive without help and they have the right to be in a place where they can have the attention they need. Through the shelters we build, we are giving street dogs the opportunity to have a roof, so that people can realize the importance of adoption and give them a real home. My biggest dream in life is that one day all the stray dogs in the world can be adopted and have a good life. I want people to understand that a dog is not an object, but a living being that requires love, care and implies a great responsibility.

One of our goals is to raise awareness about the consequences of plastic pollution in the world. Through the shelters we build with plastic bottles and milk containers as main materials, we are raising awareness about the importance of recycling. Also, during our environmental education activities for children, we teach them how to recycle, reuse and reduce the amount of trash in their communities. We focus on giving children the opportunity to become agents of change from their early years.

When I had the idea of creating Mymba Rayhu, many people did not want to support me because they thought I was too young to be considered a leader; they doubted my skills and told me that I was naive if I thought I could handle it. Most of them call me crazy because they said it would be impossible for me and my friends, who were also my age, to carry such a project. We trusted ourselves and the idea because we knew we could make the change we wanted to see in our community. We were determined to prove them WRONG!

It was not easy to start, there were many times when I was about to give up, but my motivation was always bigger than my fears. I keep working hard because I wanted to take the risk of achieving what I was dreaming of. I felt alone and week so many times, but did not stop because I knew there was something big coming.

Fortunately, I NEVER GAVE UP; otherwise, we could never have seen what Mymba Rayhu has become. I have learned many things throughout the process, I have challenged myself many times, but above all I have stand for what I believe.

I am tired of listening that young people are the future. WE ARE NOT THE FUTURE. WE ARE THE PRESENT. We are the ones who have the power to change the situation we are currently facing. Believe in yourself. Believe in your ideas, your ability and your leadership skills. NEVER GIVE UP. That is my main advice for all young people who want to start a project. So, the next time someone says to you: "You're too young to create something," tell them: START YOUNG. TAKE ACTION.

Mymba Rayhu’s main goal for the coming years is to create more chapters in other countries, make partnerships with other organizations, get involved to as many people as possible and keep helping young leaders raise awareness about these two problems in our world. We want people to recognize that young people can also work to find a solution to the problems we face.

I will definitely remain as Executive Director of Mymba Rayhu for the next years because there is no greater satisfaction than I feel when I work for the organization to achieve its objectives. The experience of helping abandoned dogs and our environment is a wonderful action that gives me the feeling of being useful in society and is what helps me to improve every day as a human being. I am a leader who wants to make a difference and being part of Mymba is the first step to generate positive change in the world.

This is just the beginning and I am sure more people will join our cause and begin to make the change in their communities. I know there will be a day when we will not see abandoned dogs on the streets or suffer the consequences of plastic pollution anymore. We need to reconnect people with nature and give them the motivation to care for our environment and create a global consciousness.

You can find more information on our website and social media: 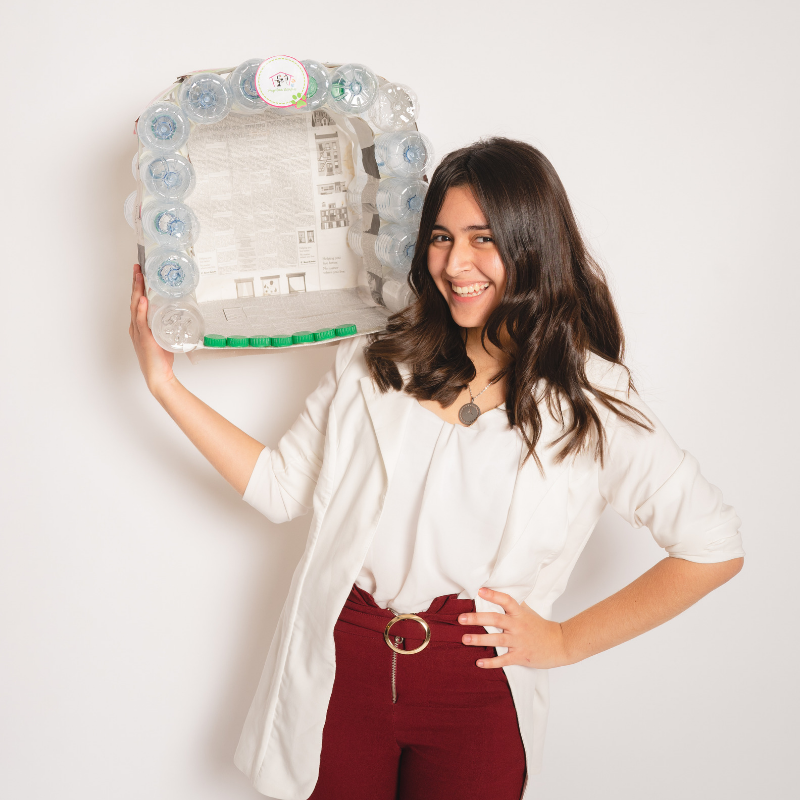